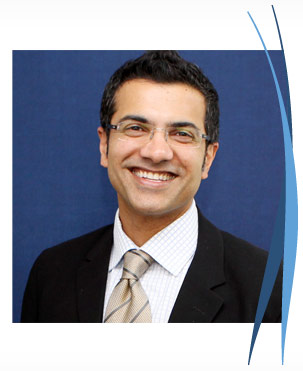 Professor Anand Deva is the Director of Cosmetic and Plastic Surgery at the Australian School of Advanced Medicine and a founding member of Macquarie Cosmetic Plastic Surgery.

Additionally, he is a consultant to two teaching hospitals, Sydney hospital and Liverpool hospital, where he served as head of Department from 2005 to 2010. He has over 10 years of experience in private practice and continues to cover the entire spectrum of cosmetic, plastic, reconstructive, hand and microsurgery. His special interests include cosmetic surgery of the face and breast.

Professor Deva is considered a leading academic and has published widely on issues related to wound healing and surgical infection, especially in relation to implantable medical devices. He has been a consultant to both government and biomedical companies and is a frequent invited speaker at both local and international meetings.

Professor Anand Deva graduated from the University of Sydney in 1991 and was awarded first class honours and the University Medal in Medicine. After completing internship and residency at the Royal Prince Alfred Hospital in Sydney, he was admitted into advanced training in General Surgery in 1994 and completed a Masters of Surgery in 1996 investigating the disinfection and sterilisation of surgical instruments. He commenced advanced training in Plastic & Reconstructive Surgery in 1996 and obtained his Fellowship of the Royal Australasian College of Surgeons (Plastic & Reconstructive Surgery) in 2000. He has received numerous awards and prizes that recognise his contribution to research and teaching. These include the Luhr travelling fellowship, the Noel Newton Medal, The Gordon Gordon Taylor Medal and the John Ham Medal.

In addition to his training in Australia, Professor Deva has spent time at both Harvard and New York Universities furthering both clinical and research interests.